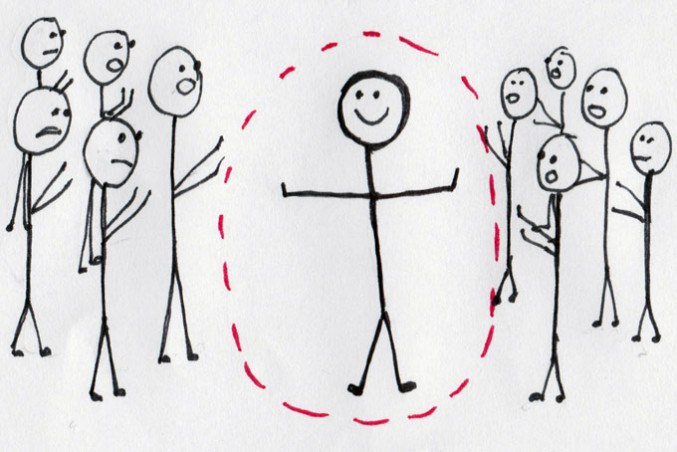 Back in October we reported on why hugging colleagues might be frowned upon. New research reveals employees want less workplace physical contact

Almost half of UK workers would like an outright ban on some physical interactions in the workplace according to research from Totaljobs. Three-quarters (76%) of workers said they want to see physical contact reduced in the office.

The research revealed that one in three (30%) workers experience an ‘awkward’ greeting at work at least once a month. Meanwhile a quarter (25%) said they were concerned with how they were interacted with in the workplace, meaning they actively avoid certain clients or colleagues.

The research suggests that the issue shouldn’t be taken lightly, with a third believing their well being has been affected by an awkward greeting. Fifteen per cent said the experience affected their productivity.

In December last year Ted Baker staff accused the company’s founder, Ray Kelvin of harassment, highlighting his ‘forced hugs policy’ and the lack of a response from HR

The research found that some workers are conscious of how their own greetings and behaviours might be perceived by others. A quarter (28%) of men said they consciously change their greeting with women out of fear of their interaction being perceived as sexual harassment, while 41% said they do so because they don’t want to make women feel uncomfortable.

Women were found to prefer no physical interaction when greeting colleagues of either sex – male (51%) or female (53%).

Unwanted physical contact such as hugging and kissing is already unlawful and so how useful a workplace ban would be is debatable. It would be better to educate those who say they are confused by the basic rules of consent and appropriate workplace conduct, as well as creating a culture that supports staff so that they feel able to report harassment knowing they will not face reprisals and that offenders will be dealt with.

Unwanted physical contact isn’t always innocent. Sexual harassment in the workplace is all too common.

I have been harassed, what now?

Sometimes it’s a good idea to raise a grievance with your employer – but it depends on your circumstances. You shouldn’t have to put up with being harassed and many people just want to leave work and never return.  We are experienced negotiators and will try to secure you the best exit terms if this is what you want to do.