What are your beliefs at work? 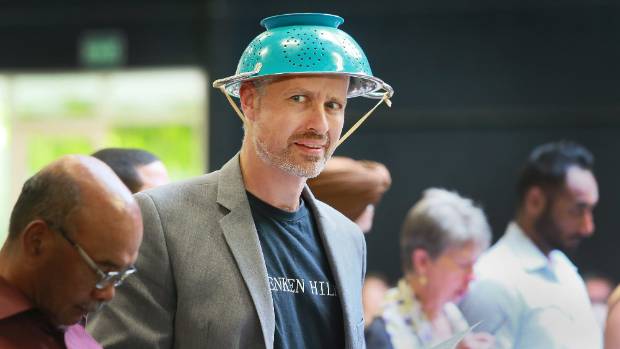 The Equality Act 2010 protects a wide range of individuals within the field of employment and training against discrimination on the grounds of their religion or philosophical beliefs. What do you know about Pastafarianism? Read on…

The Law does not give special protection for one category of belief and less protection for another. All qualifying beliefs are equally protected. Philosophical beliefs may be just as fundamental or integral to a person’s individuality and daily life as are religious beliefs.

Some are easy – Baha’i faith, Buddhism, Christianity, Hinduism, Islam, Jainism, Judaism, Rastafarianism, Sikhism and Zoroastrianism are religions for the purposes. Druidism and the Church of Scientology and the Divine Light Zentrum too. What about a Wiccan following witch? Yes, that too.

Methodists within Christianity or Sunnis within Islam, may be considered a distinct religion under the Equality Act.

How does a court decide what is a religion and what isn’t?

So, something like Pastafarianism isn’t a religion is it?

“Believers worship an invisible and undetectable god called the Flying Spaghetti Monster, wear colanders on their heads in homage to their deity, revere pirates as the original Pastafarians and vow to reject “crazy nonsense”, be nice to all sentient beings and eat a lot of pasta.”

The Netherlands’ highest court said a law student from Nijmegen, could not be exempted on religious grounds from a ban on headwear (including colanders) in official identity photographs, because Pastfarianism was essentially a satire and not a serious faith.

All clear so far? Yes? The New Zealand government has officially recognised Pastafarianism and approved it to conduct marriages. So no, not so clear after all.

What about philosophical beliefs?

Again, it is not always so predictable despite having some guidelines:

So, a belief in the sanctity of copyright law didn’t qualify but believing in Scottish independence was. Mr McEleny worked for the Ministry of Defence in Scotland and was suspended during his security vetting procedure when his political opinions were raised.

Climate change? Yes, that too. Mr Nicholson won his right to claim discrimination against Grainger plc.

In Hashman v Milton Park (Dorset) Ltd an employment tribunal held that a belief in the sanctity of life, extending to a fervent anti-fox hunting and anti-hare coursing belief, constituted a philosophical belief for the purposes of the Religion or Belief Regulations.

In Maistry v BBC, an employment tribunal held that a belief in the “higher purpose” of public service broadcasting, to encourage debate and citizenship in a public space, was a philosophical belief that qualified for protection under the Religion or Belief Regulations.