Not the Acas Code of Practice 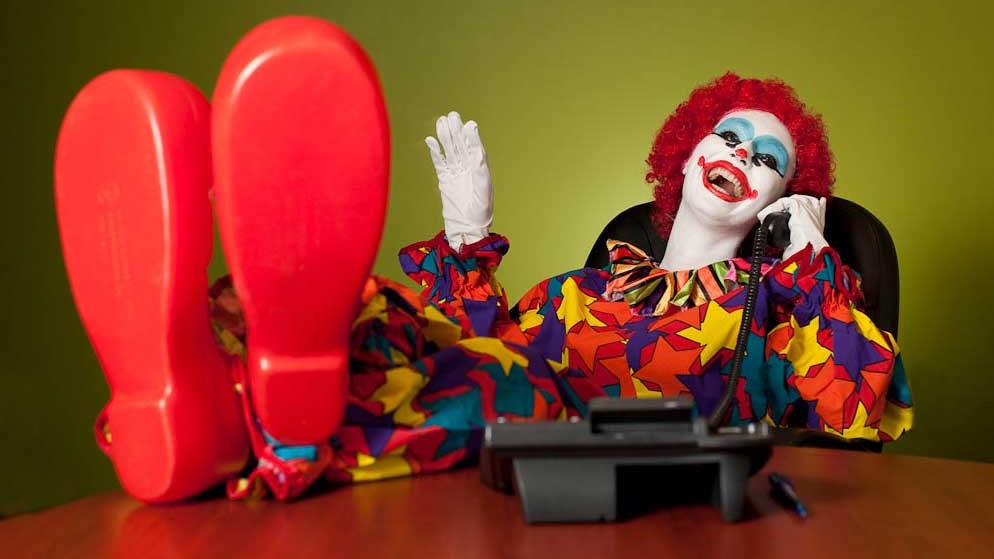 Hopefully everyone in HR is aware that employees have a right to take either a work colleague or union representative into most grievance and disciplinary hearings. The guidelines are set out in the Acas Code of Practice. There is no mention of clowns.

Occasionally, the employee has an automatic right to be accompanied by a legal representative and, if it is reasonable to make an adjustment to the procedures, a family friend can accompany them if it helps overcome the disadvantage of having a disability.

Joshua Jack was called into a work meeting and feared the worst. So he hired an emotional support clown to join him. For Joshua Jack, the suspicion he might lose his job was right.

Speaking to Newshub NZ, Jack confirmed his employer, advertising agency FCB, let him go this week. But having Joe the clown along for the ride definitely “lightened the mood,” he said.

When his supervisors scheduled the meeting, he said he “thought it’s either a promotion or worse… I thought it’s best to bring in a professional and so I paid $200 and hired a clown,” he added.

“By the time the meeting was over, Jack didn’t have a job. But he did have two balloon animals: a unicorn and a poodle”

The process to blow them up and shape them got “rather noisy,” he said, and the meeting attendees “had to tell [Joe the clown] to be quiet from time to time.”