Lunch breaks are getting shorter 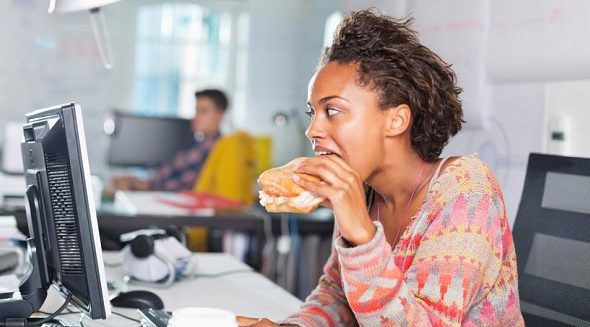 The average length of a lunch break from work is just 22 minutes – two thirds of what it was six years ago.

The survey of more than 800 workers by health body ukactive and Sodexo, found most wanted to exercise more, but three quarters said their workload got in the way.

Fitness experts said lunchtimes were being squeezed by the pressure of work. They reported excessive workloads, unexpected tasks an and not enough nearby dining options, The result – nearly one in five workers don’t leave their desk at lunchtime.

British people lose 18 days a year from consistently not taking their lunch break.

“These figures are a shocking indictment of modern workplace cultures, where employees increasingly find themselves tied to their desks and screens all day.

Our research shows staff believe in the benefits of being more physically active but don’t feel they have the time – employers should heed these warnings if they want to encourage their teams to be more productive.”

Workers have the right to one uninterrupted 20 minute rest break during their working day, if they work more than 6 hours a day. This could be a tea or lunch break. The break doesn’t have to be paid – it depends on their employment contract.