Living wage to be increased 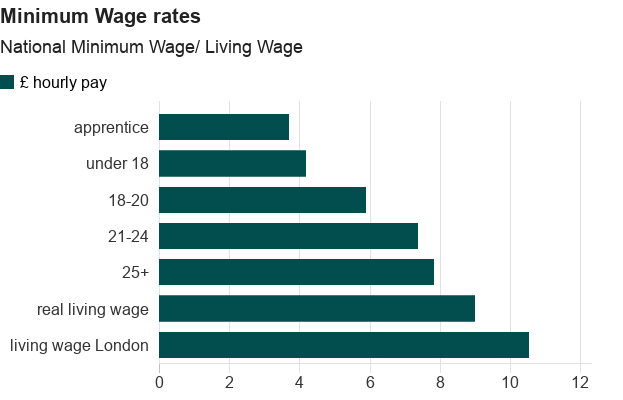 The living wage, which is designed to give workers enough money to live on, is to be increased.

Those lucky enough to work for an employer who has voluntarily signed up to the “real living wage” are set for a 2.8% pay rise this week.

For the first time they will receive £9 an hour – up 25p per hour or £10.55 – up 35p for those in London. The rate is independently calculated, to reflect what people need to spend to feed, clothe and house themselves.

The real living wage is not to be confused with the compulsory National Living Wage, which is currently £7.83 an hour for anyone over the age of 25.

Both figures are higher than the National Living Wage, which is due to rise to £8.21 in April for workers aged 25 and over.

The new rate has been calculated by the Living Wage Foundation to offset the rising cost of everything from public transport to monthly rent.

“There has been a rise in the number of jobs paying less than the real living wage in the last year.

So that’s why we need more employers to step up, go beyond the government minimum and pay a real living wage based on what people need to live.”