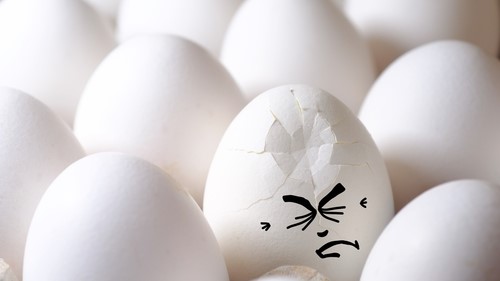 Injury to feelings – how do Tribunals decide the level of damages in discrimination cases? This was at the centre of the case of Komeng v Creative Support Limited.

The Employment Appeal Tribunal decision provides a well-timed reminder that when considering injury to feelings awards, the Tribunal’s primary consideration is the effect on the employee, rather than contemplating the seriousness of what the employer actually did. The test is therefore a subjective one, not objective, which can often be forgotten when employers argue about the severity of the treatment complained of.

What happened in the case?

Mr Komeng worked for Creative Support Limited as a Waking Night Care Worker. He had asked his employer to enrol him on to a Level 3 NVQ course. The Employer failed to do so. Mr Komeng is of black African heritage and employees of other races had been enrolled on and attended Level 3 NVQ courses.

Mr Komeng’s request to have some weekends off and for other employees share the burden of weekend working was also refused.

Not surprisingly, Mr Komeng issued proceedings in the Employment Tribunal. The Tribunal found that both his complaints of unfair treatment amounted to direct race discrimination and awarded him £8,400 to compensate him for his injury to feelings. This was towards the top of the lower injury to feelings category. You can read more about the levels of damages here.

Mr Komeng appealed, arguing he should have been awarded a higher amount for injury to feelings.

What did the Employment Appeal Tribunal decide?

Mr Komeng’s appeal on the injury to his feelings award was dismissed. The EAT noted that the Tribunal had reminded itself of the need to focus on the actual injury suffered by the employee and not the gravity or seriousness of the actions of the discriminating employer.

In this case Mr Komeng appeared to have been the victim of his own toughness. The Employment Appeal Tribunal noted he had“remarkable resilience in the face of discriminatory treatment … suffered over a considerable period of time”.

However, Mr Komeng was successful in other parts of his appeal, relating to interest and a general uplift and was awarded a total figure of £12,757.

What can employers and employees learn?

Mr Komeng would have received more damages for injury to his feelings if the Tribunal had not considered him quite so “resilient” in the face of extended poor treatment from the Employer. It is easy to see how another employee in exactly the same situation might have argued that they were affected more severely.

Employers considering potential liability for injury to feelings must not try to assess how bad they think the conduct in question was but rather consider the effect of the conduct complained of from the employee’s perspective.