Furlough leave to be extended 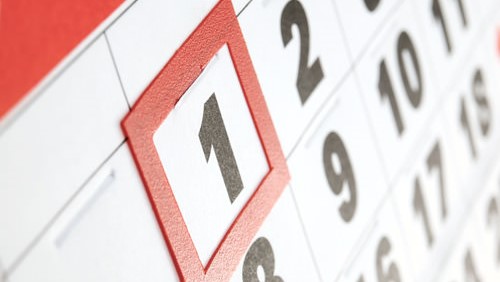 How was your Saturday? Was a little over 4 hours’ notice that the Job Support Scheme was being delayed and furlough leave would be extended just what you wanted to hear?

The Coronavirus Job Retention Scheme (or furlough scheme) was originally planned to end on 31 October. Its preplacement, the Job Support Scheme (JSS) was set to start yesterday. However, Boris Johnson announced that the furlough scheme will be extended, having previously resisted calls for such an extension.

Word of the day:

Latibulte (v) To hide in a corner in an attempt to escape reality.

What does it mean for employers?

To avoid having two schemes running simultaneously, JSS has been delayed. JSS will now launch when the new furlough extension ends.

The extended furlough scheme will continue “until December”. The precise end date is unclear, but the lockdown restrictions in England look set to be in place until 2 December. As before, the government will pay up to 80% of an employee’s normal pay, capped at £2,500  per month and employers will be responsible for NICs and pension contributions. In effect, the extended furlough scheme will put the clock back to how things were in August before the scheme was being wound down.

Flexi-furlough will continue to be an option, so employees can work part-time and receive a furlough grant for unworked hours.

The JSS was divided into two parts:  JSS Open (for businesses still operating but where employees are working at least 20% of their usual hours) and JSS Closed (where the business were legally required to close premises and employees have no work to do at all). Under the JSS Closed, the government would have paid 67% of employee wages, up to a maximum of £2,083.33 a month. Under JSS Open the position was more complicated but the government contribution was capped at a maximum of £1,541.75 per month and the employer contribution was capped at £125 per month.

The extended furlough scheme is more generous than both JSS Open and JSS Closed.

The government has widened the furlough scheme so that, to be eligible to be claimed for under this extension, employees must simply have been on an employer’s PAYE payroll before midnight on 30th October 2020. This will come as particularly welcome news for those employees who have never qualified for furlough but who would have been eligible for JSS, including recent starters and employees who carried on working throughout the pandemic and never stopped work for three consecutive weeks before 1 July (a pre-condition of eligibility for the furlough scheme after July).

It is currently unclear if employers can re-hire employees to put them onto the extended furlough scheme. Many employees were made redundant at the end of October on the assumption that the furlough scheme was ending. The last-minute extension came too late for most employers to try to agree to retract redundancy notices, but the key question is whether employees can now be re-hired in order to be furloughed for an extra month. The original furlough scheme did allow employers to re-hire staff who were made redundant before it was launched, so it’s possible that the extension will work in a similar way.

It is also unclear how the furlough extension will interact with the Job Retention bonus. Under the current rules of the Job Retention bonus scheme, the employee needs to be retained in employment and paid a minimum amount for November, December and January. It’s unclear if furlough pay will count towards the minimum (the government has confirmed that JSS pay counts so in principle it seems likely that furlough pay should also count) or if the government will now amend the bonus scheme.

Many businesses have already put in place JSS Open Agreements in anticipation of the scheme’s launch on Sunday 1 November. Those businesses should contact affected employees as soon as possible to explain that the government has made a last-minute decision to extend the furlough scheme and to ask them to agree to continue on furlough instead.

You can download and use free wording to include in your letter here.