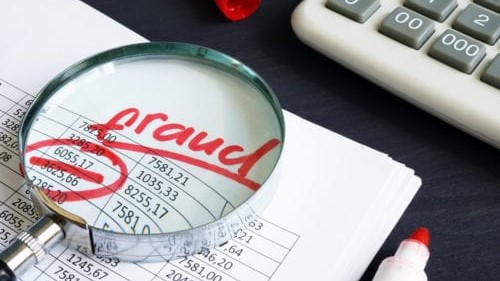 As of today,  over 25% of the UK workforce is still being supported by the Government’s Coronavirus Job Retention Scheme (the furlough scheme) at a cost of around £20 billion. How much is being wasted on fraud?

Is the scheme being abused?

Furloughed employees are not permitted to undertake work for their employer while furloughed. They may, however, take on new work elsewhere with a separate employer if they wish to do so. Various factors have left the furlough scheme open to abuse and, with HMRC receiving over 3,800 reports of fraudulent claims since April.

“A magnet for fraudsters.”

What is being done to help HMRC pursue scheme abusers?

To help deter further abuse of the scheme, draft legislation granting HMRC greater enforcement powers under the new Finance Bill 2020, is being rushed through Parliament and is expected to become law this month. The proposed legislation will not only allow HMRC to pursue those who have broken the furlough scheme rules, it will also include powers to enable HMRC to hold company officers jointly and severally liable where a business has become insolvent. Employees are being encouraged by HMRC to report companies who are abusing the scheme.

How will these measures work?

The new legislation is expected to provide for an opportunity for employers to self-report if a mistake has been made. They will then be able to repay the furlough sums back without incurring any penalties. The window was originally going to be 30-days from the date of enactment of the legislation, however, it is likely that it will now be 90-days.

After this 90-day period of grace, where HMRC considers that an employer has failed to notify it of a mistake, the employer will be investigated and required to demonstrate that they are innocent of any wrongdoing, either under the furlough scheme.

Penalties for wrongdoing will start at 100% of the sums incorrectly claimed.

Where remedial action is taken swiftly this may be reduced but the penalty will not fall below 30%. In cases where HMRC has already commenced the investigation, the minimum penalty will be 50%.

HMRC has also warned that in cases of deliberate misuse of the scheme, it will consider criminal charges. Expect a series of examples to be made and well publicised. There is also a real risk that HMRC will prosecute for the offence of failing to prevent tax evasion, under the Criminal Finances Act 2017.  Even though the criminal justice system is under strain, Covid-19 related offences are to remain as a priority.

Employers only have a limited amount of time to self-report. There will also be substantial damage to the reputation of businesses found to have falsely claimed under the furlough scheme.  It is going to be critical that all businesses – including  those submitting claims in haste when the scheme was first introduced, take the time now, before the proposed legislation is enacted, to review any claims they have made under the furlough scheme to ensure they have acted in compliance with all the rules and can evidence this with a clear audit trail, should HMRC investigate.

Article: Fraud and the Furlough Scheme