When employers can give bad references 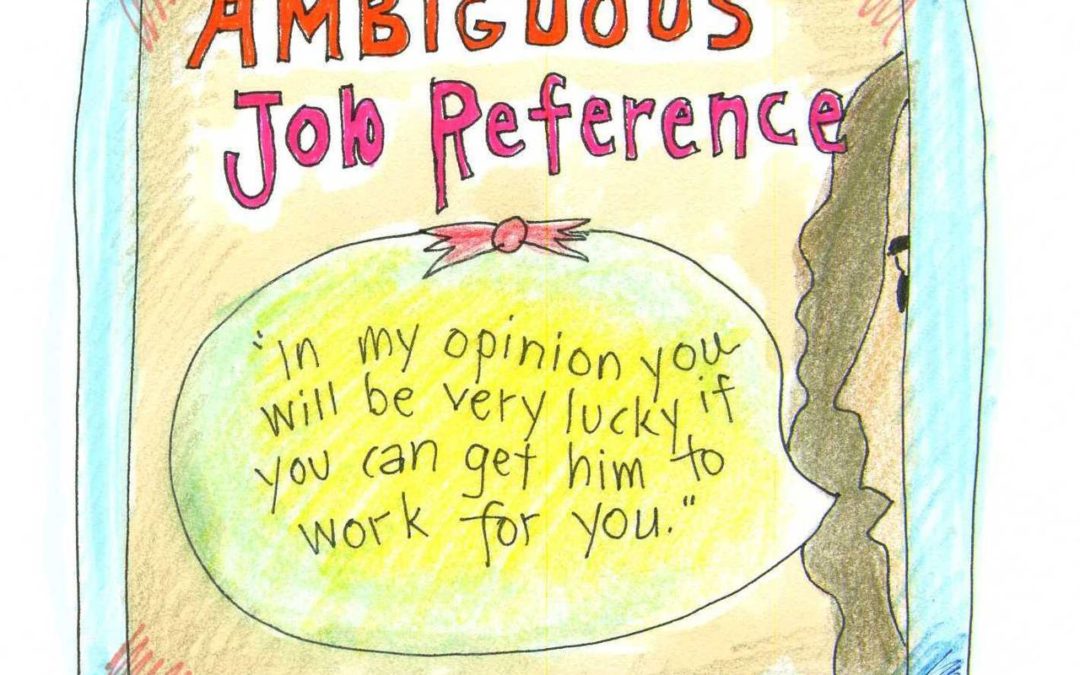 We are often told by employees – usually ones who have been dismissed for misconduct or poor performance “my employer can’t give me a bad reference”.

They can. And they do.

Employers do have a duty of care to employees when writing a reference. They must exercise reasonable care and skill. The reference should be true, accurate and fair – so it can be negative. But employers must take reasonable care to make sure it is not misleading by what is included or omitted from it. If you provide a reference and it contains inaccurate information, the employer could be sued for any resulting loss. This can be seen in a recent High Court case where Mr Hincks sued Sense Network Ltd. He argued that they had made a ‘negligent misstatement’ about him in a reference.

Sense Network Ltd had negative opinions of Mr Hincks following an investigation into his conduct and included them in a reference to a prospective employer. Mr Hincks argued that the person giving the reference should have satisfied himself that the investigation was reasonable and procedurally fair. He said that some of the reference was not accurate, overall gave a misleading impression and was based on a sham investigation. He sued.

The High Court dismissed his claim.

A reasonable reference writer did not need to look into the procedural fairness of earlier investigations. Instead a referee should conduct an objective and rigorous appraisal of facts and opinions, particularly negative opinion.

The referee should take reasonable care to be satisfied that the facts in the reference are accurate, there was a proper and legitimate basis for the opinion and that the resulting reference was fair and not misleading. This case involved the financial services industry where the employer had a duty to provide a more detailed reference. Most employers will be safer restricting their references to facts only.

You can read more about references here.