Do your employment ads comply with the law? 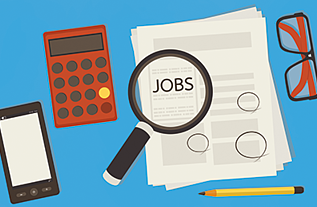 Just like any other advertisement, job ads must abide by the rules of the Committee of Advertising Practice (CAP) Code. Their website has a section dedicated to marketing communications for employment, business opportunities and homeworking schemes .

The Advertising Standards Authority ASA has recently published some helpful guidance on getting your job advertisements right.

Whilst there aren’t many complaints to the ASA, the ones they do receive tend to be around the job advert being vague or omitting key  information.

Apart from falling foul of the ASA, a vague or misleading job advertisement is going to discourage applications or lead to a dispute with the employee later on.

Make sure all material information is included in the advert, so that a potential candidate can make a truly informed decision about whether or not to apply for the role. For example:

The ASA uses the phrase “employer puffery” to describe an employer’s aspirational claims to describe the workplace  in job advertisements to make the position they are advertising sound appealing. However when doing so, employers must be careful not to go too far. Just like in other forms of advertising, there is a requirement for the advertiser to have the necessary evidence to back up any objective claims they make. For example:

Key to remember, alongside the specific guidance, is that advertising for employment is still advertising, and just as with all ads, above all else job advertisements must be legal, decent, honest and truthful – and the job advertised exist.