Denial of furlough request was not unfair dismissal 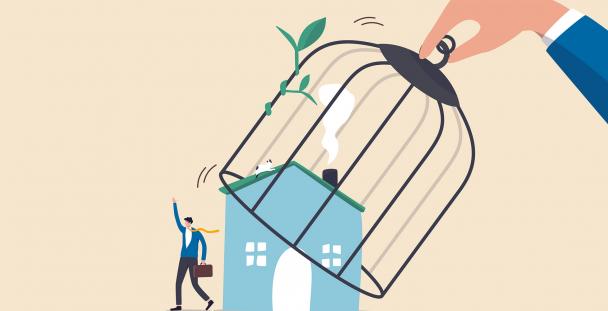 In the recent case of Accattatis v Fortuna Group (London) Ltd an employment tribunal held that it was not an automatic unfair dismissal where the employer dismissed an employee who insisted on furlough leave  claiming to have safety concerns about attending the workplace work during lockdown.

Mr Accattatis begun working for the Respondent (a seller and distributor of PPE) in 2018. The Tribunal heard he had a difficult working relationship with his line manager.

Fortuna’s workload increased significantly at the start of the pandemic, but they had allowed employees to take holiday or unpaid leave if desired.

On 23 April 2020, Mr Accattatis was dismissed with one months’ notice. He brought a claim to the employment tribunal for automatically unfair dismissal, on the grounds that his workplace posed a serious and imminent danger to him.

Although the tribunal found that Mr Accattatis did reasonably believe that there was a serious and imminent danger of Covid-19 in the workplace, he had not taken appropriate steps to protect himself from the danger. There was the option of taking holiday, or unpaid leave, but instead he insisted on being furloughed or working from home, neither which were appropriate in the circumstances.

Employment Judge Alliott found that the reason for dismissal, is because Mr Accattatis was ‘challenging’, and the Respondent wanted to terminate his employment before he obtained his two years’ service and became eligible to bring a claim for ordinary unfair dismissal. It was not, as Mr Accattatis has pleaded, because his workplace posed an imminent and serious danger and he had raised concerns about it.

What the case demonstrates, is it is not enough for an employee to show that they believed there was a serious and imminent danger, they are required to take steps to protect themselves and be prepared to explain their reasoning to their employer.