Asda – what is the employment contract dispute about? 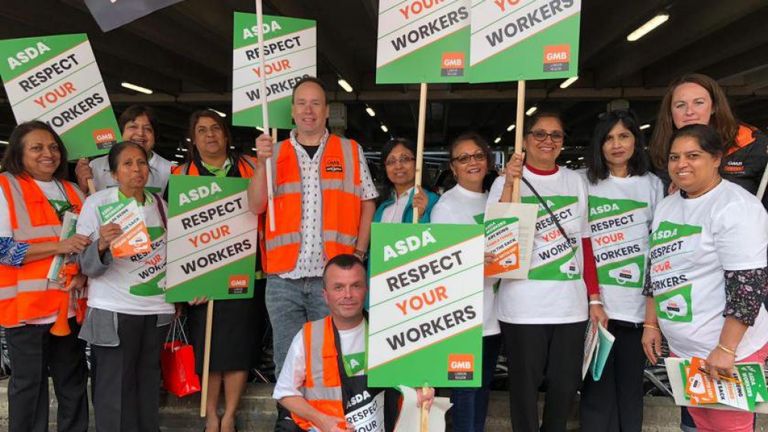 The supermarket chain, Asda, is locked in a dispute with around 300 of its staff, who have refused to sign new employment contracts.

The supermarket gave its workers until midnight on Saturday to agree to new terms, which include unpaid breaks, changes to night shift payments and being called to work at shorter notice.

The supermarket said 120,000 workers had agreed to the deal. Those who have refused to sign the new contracts have been given notice to terminate their employment and been offered the new contracts.

Changing a contract – what is the law?

An employer can make a change to an employment contract if the employee or their representative  (usually a trade union) agrees.

Sometimes and employer can impose a change. The court of Appeal has held that an employer can change a term of a contract unilaterally… but the terms and right to make that change must be very clear. When an employer exercises their right, they must make sure that it does not breach the implied term of trust and confidence. Asda were successful in 2010 in persuading the Employment Appeal Tribunal that it had the ability to review and replace contractual policies in its handbook on the basis of a well drafted variation clause. You can read the case report of Bateman & Ors v Asda Stores Ltd UKEAT/0221/09/ZT

If an employer’s proposed change cannot be agreed the employer may be able to dismiss and re-engage employees under a new contract. The technical reason for the dismissal is “some other substantial reason” but the employer runs the risk that the employees’ dismissal will be unfair

Employers should first check the contract to see if it has a ‘flexibility clause’ to allow the change. . Flexibility clauses usually cover matters such as the place of work and hours worked.

Checking flexibility clauses will let the parties know what can be changed as well as the process to put the change into effect.

Even when a variation to a contract is permitted by a flexibility clause, employers should be minded to consult with the affected employee(s) before making any change. Consultation will allow the employer to explain why the change is necessary and to obtain any feedback from the employee before making the change.

If there is no flexibility clause covering the proposed contract variation, the parties are always free to negotiate and to agree the change.

Employers should consult with the affected employees (or their representatives) so they understand why the change is required, how the change affects them and to obtain any feedback on the proposed change.

Trade unions can also agree contract variations on behalf of employees where the contract allows for this or where the employer normally agrees contractual changes with the trade union.

When changes are agreed

When a change is agreed, it can be a verbal or written agreement – though it is advisable to record the change in writing in case there is a dispute in the future.

If the variation relates to anything that must be included in the employee’s contract, for example working hours or pay, the employer must confirm the variation in writing within a month of the change taking effect.

What if there is no agreement to make the change?

This appears to be the issue with Asda and several hundred of their employees. If the proposed variation cannot be agreed, the employer can force the change by dismissing and rehiring the employee.

It is a drastic step to take. Before giving notice of dismissal, the employer should ensure it follows a fair procedure, if there are more than 20 employees being dismissed, it is a legal obligation to consult with any recognised trade union or employee representatives. You should explain the business case for making the proposed change and after the employee refuses to accept, serve contractual notice on the employee and give them the right to appeal the dismissal. You would usually offer the new terms to commence when notice ends.

If the employee has been rehired, the new contractual contract terms are in place.

Dismissal and rehire should only take place as a last resort and only where the variation to the contract is necessary and be justified. Even where the dismissal process was conducted fairly, the employee may still be able to pursue a claim in the Employment Tribunal that dismissal was unfair, because there was no fair reason for dismissing.