A birthday to remember – age discrimination at work 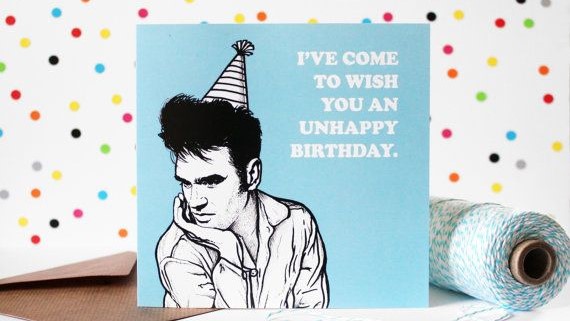 A legal secretary who claimed she suffered age discrimination when her colleagues asked about her 50th birthday and sent her a card has had her case dismissed by the Employment Tribunal.

According to the judgment, Miss H Munro of Salisbury firm Sampson Coward LLP, claimed she was “utterly shocked” when a similarly ages colleague  “jumped at her like a snake” to ask about her birthday. Her colleague reportedly said: “It was your 50th  wasn’t it, you can’t hide it you know”.

Miss Munro felt so “humiliated” at the “ambush” that she left the office early.

Staff at the firm had also sent Munro a card in the post, in line with the office’s practice to mark each other’s birthdays.

The following month, the firm’s partners decided that disciplinary proceedings would have to be brought against Munro, or a mutually agreed departure would have to be agreed. According to the practice, the decision was based on long-running concerns about Munro’s poor performance.

Munro denied this, claiming she had suffered discrimination on the grounds of age. She also invoked whistleblowing legislation, saying her complaint pointed to a breach of data protection legislation – that is, her colleague had knowledge of her age.

“We concluded that the claimant was wrong to have artificially attempted to cloak herself with the protection afforded by the whistleblowing legislation by making disclosures which had not been public interest.”

The Tribunal found that Miss Munro’s “sensitivity about her age appeared unusual and extreme” and there was not sufficient evidence to show that other members of staff who were over 50 would have been treated differently. It added that the comment was “trivial and had not been delivered maliciously” and “the birthday card was intended for the claimant as an act of kindness”.

The claim was dismissed and the Tribunal ordered that Miss Munro pay £1,700 of the firm’s costs.

Despite the onus that is placed on employers to prevent discrimination, this case highlights that a strict and sensible approach is still taken by tribunals when dealing with such claims.

Nobody at the firm of Sampson Coward LLP will forget Miss Munro’s birthday.

You can read more about Age discrimination here