When 20 months’ unauthorised absence is still an unfair dismissal 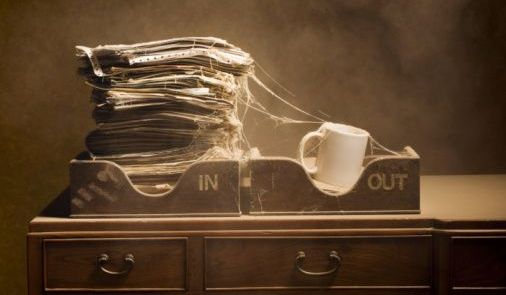 If one of your employees were absent without leave, how long would you wait before you could fairly dismiss them? Two weeks? One month? Six months? How about 20 months?

Brighton & Sussex University Hospitals NHS Trust faced this decision when they dismissed a consultant neurosurgeon. Relations with Mr Akinwunmi’s colleagues were poor. Partly as a result of all this he took an unpaid break from work between November 2012 and February 2013.

Given the unpleasant environment, Mr Akinwunmi was reluctant to return to work and asked for an additional two months unpaid leave. When this was not granted, he simply did not return to work. He was finally dismissed for unauthorised absence in November 2014. He brought a claim for unfair dismissal.

Unsurprisingly, the Trust’s position was that his dismissal was fair after 20 months of unauthorised absence. Mr Akinwunmi argued that the employer had not engaged with him in order to allow a return to work and that the dismissal was unfair because it did not take into account his reasoning for not returning earlier.

The Tribunal accepted that the Trust had a genuine belief that Mr Akinwunmi’s absence was misconduct. The question that remained was whether dismissal was within a band of reasonable responses. The Tribunal found it was not and so, his dismissal was unfair. Essentially it had been up to the employer to manage relationships in the department and to make arrangements for Mr Akinwunmi to return to work. As it did not do so, it was reasonable for him to refuse to come back until issues were addressed.

An employer can dismiss an employee who refuses to carry out a reasonable request. However, if there is an impasse, something needs to give. The issue here was that the Trust’s failure to take any of the necessary steps to facilitate Mr Akinwunmi’s return made its request that he returned an unreasonable one. Dismissal for a reasonable failure to follow an unreasonable instruction will almost always be unfair.

“there was more (considerably more) to the history than the bald fact of a dismissal for 20 months’ unauthorised absence, and once he appreciated what that “more” was, any sense of amazement or outrage at the ET’s decision would vanish.”

On appeal, the EAT agreed with the Tribunal.

While a lengthy unauthorised absence will often be a serious matter of misconduct, this case reminds employers that it should not automatically lead to dismissal. An employer should question the reasons for the absence. If these are work-related, they will be expected to have at least attempted to identify and address the issues. If it does not, then it may face a similar outcome.